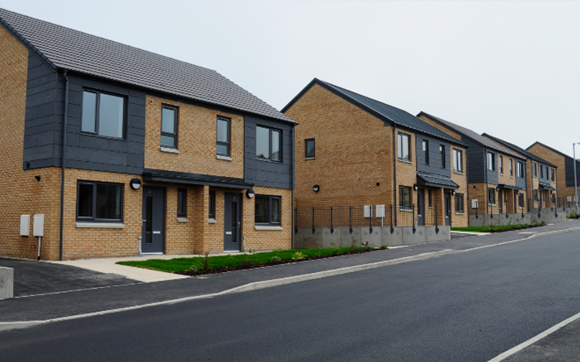 Residents are being invited to have their say on proposed plans for development that will shape the future of the East Riding for years to come. Responses are welcomed from Monday, 24 October until 11:59pm on Monday, 5 December 2022. Late comments will not be accepted.

The documents, response form and guidance can be found at www.eastriding.gov.uk/localplanupdate, where there is also a series of interactive information pages which summarise key issues and will signpost readers to the various consultation documents.

East Riding of Yorkshire Council is asking for resident's views and comments on the Proposed Submission East Riding Local Plan Update, which sets out revised planning policies, including housing and employment development targets for the East Riding to 2039.

The Local Plan is a key driver in determining planning applications and development opportunities, including identifying land allocations for specific types of development such as housing and employment in the East Riding.

What is the Proposed Submission Local Plan Update?

The Proposed Submission Local Plan Update is made up of the following documents:

A range of background and evidence-based documents supporting the aims of the Local Plan Update will also be published and available for comment in what is known as the Document Library. The library includes weblinks to the information. These documents may help you understand the decisions that have been made when preparing the Local Plan Update.

The key evidence-based documents include:

More information on these documents can be found at www.eastriding.gov.uk/localplanupdate

The current East Riding Local Plan was adopted in April 2016. The updated plan proposes that 20,900 dwellings are built in the East Riding and approximately 208 hectares are allocated as employment land in the period up to 2039. The Plan also seeks to retain and enhance the East Riding’s high-quality environment, and ensure good access to a range of infrastructure, services and facilities.

The council are now asking for views on the latest version of the update, titled the Proposed Submission Local Plan Update. At this stage, comments are sought on whether the Plan is legally compliant, sound, and complies with the duty to cooperate. This is the final time the council will ask for views on the Local Plan Update before it is submitted to the Secretary of State for Examination.

How can residents get involved?

Hard copies of the main consultation documents will also be available to view at the council’s libraries, customer service centres, multi-service centres and mobile libraries during normal opening hours.

A series of public drop-in events have been arranged to give members of the public an opportunity to speak to a planning officer about the Local Plan Update. The details of these events are set out below:

What happens after the consultation?

An independent planning inspector will consider the responses received. The inspector concludes through a final report whether the Plan is sound and legally compliant, can be made so with changes, or if it is not. Adoption of the Plan is undertaken through a full council process. It is expected that the Examination in Public will take place in 2023.

Councillor Claire Holmes, portfolio holder for planning, infrastructure and housing at East Riding of Yorkshire Council, said: "The Local Plan is a really important document for shaping communities for the future, and so we really want residents to get involved and have their say. We want to hear what they have to say. Equally, it’s an opportunity for residents to find out information about what’s planned for the future.

“We’ve got a number of drop-in events taking place across the region and I’d encourage residents to come down and see us to hear more about the Local Plan.”